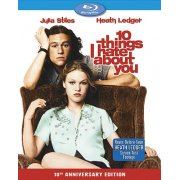 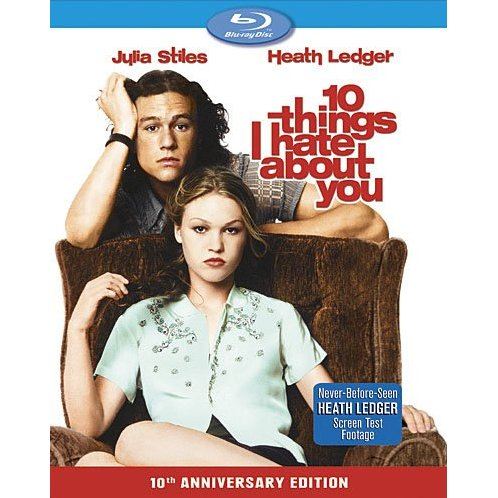 The classic comedy that launched the careers of Academy Award winner Heath Ledger and Julia Stiles celebrates its ten-year high school reunion with 10 THINGS I HATE ABOUT YOU: THE 10TH ANNIVERSARY EDITION. This special edition is packed with a million things to love, including an exclusive sneak peek at Heath Ledger's screen test. New kid in school Cameron (Joseph Gordon-Levitt) is smitten with the beautiful Bianca (Larisa Oleynik). The problem is that Bianca isn't allowed to date unless her surly older sister Kat (Stiles) does. Cameron's only hope is to enlist the help of Patrick (Ledger), the school troublemaker with a reputation as nasty as Kat's. This special edition brings back the love-struck high school classmates of '99 with a treasure trove of never-before-seen footage. Also featuring a retro soundtrack of memorable nineties tunes, 10 THINGS I HATE ABOUT YOU is a comedy you can count on.