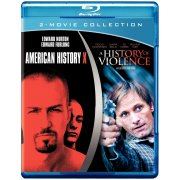 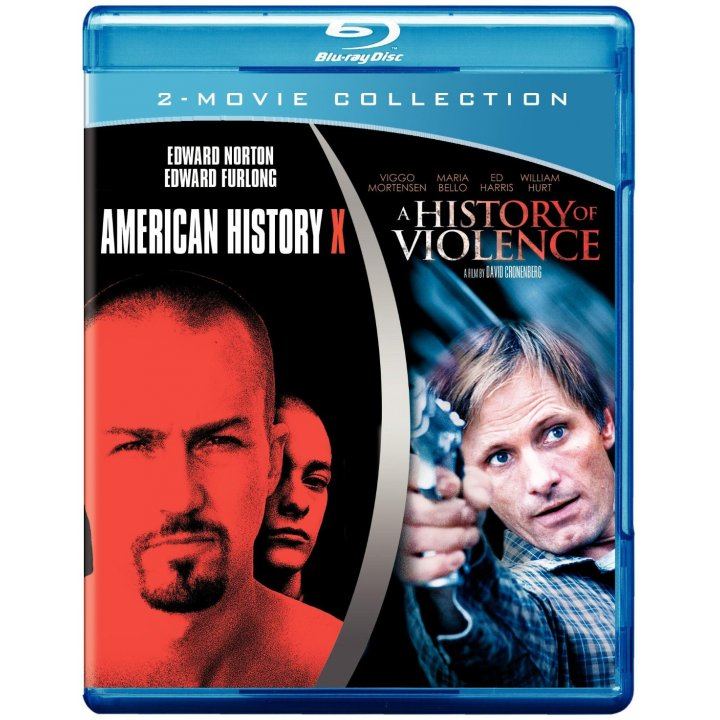 American History X Derek Vinyard is dangerous, a coiled fury of hate who leads a neo-Nazi gang. But time and events start to change him. He reassesses his ways while doing time for manslaughter and emerges from prison eager to keep his younger brother (Edward Furlong) from falling victim to the thug cycle of violence and payback. It may be too late. Weaving in and out of events past and present in Dereks life, American History X is revealing in its look at white-supremacist gangs and impassioned in its message that hatred and bigotry can be unlearned. Edward Norton (Fight Club, Pride and Glory) portrays Derek, giving a powerful, persuasive, Oscar®-nominated* performance.

A History of Violence Loosely based on the graphic novel by John Wagner and Vince Locke, the movie stars Viggo Mortensen as Tom Stall, a quiet, easy-going family man who runs a diner in a small Indiana town. But when two dangerous criminals come into the restaurant prepared to wreak havoc, Stall turns hero and shoots them both. After Stall's story is blasted all over the media, Philly mobster Carl Fogaty (an excellent Ed Harris) shows up, claiming that Tom is actually former hit man Eddie Cusack and they've got some important business to finish. While Stall insists that Fogaty is mistaken, his family his wife, Edie (Maria Bello); teenage son, Jack (Ashton Holmes); and young daughter, Sarah (Heidi Hayes) get dragged into the danger that constantly threatens to explode. Cronenberg, whose films often deal with the fantastical, the futuristic, and the supernatural, has done a masterly job creating a wholly believable modern world where evil lurks just around the corner. Howard Shore's tense, moody music complements the outstanding acting in a violent, powerful film that is not to be missed.