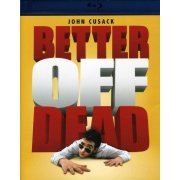 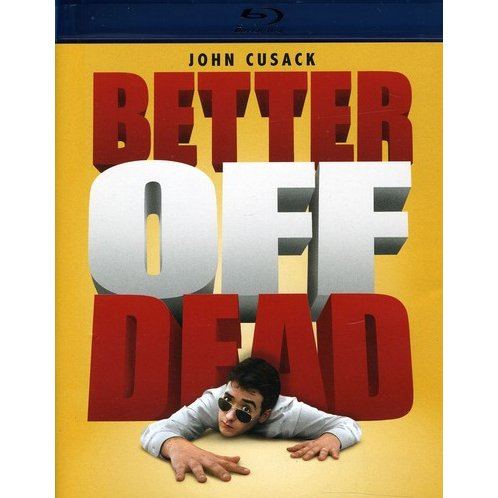 Lane Myer (John Cusack) is stuck in a personal hell. A compulsive adolescent Everyman growing up in Suburbia USA not only does he fail to make the prestigious high school ski team (again) but his beloved sweetheart Beth also leaves him for Roy the team's popular arrogant captain. If this isn't bad enough he's stuck with a mother who frighteningly experiments–rather than cooks–with food a brother who builds rockets out of models and a best friend so desperate for drugs that he settles for snorting powdered snow. Faced with these prospects Lane opts to end it all … until he comes up with a ridiculous plan to gain acceptance and win Beth back. Director Savage Steve Holland warps this simple clichéd premise letting his wacky imagination twist it into a fairly original slightly dark and completely hilarious '80s teen comedy. Not as serious a 'suicide-attempt' movie as say Harold and Maude but just as funny the film's more a collection of screwball sketches than a narrative. Holland livens the high jinks with surrealistic fantasy touches including Jell-O that crawls a hamburger that sings Van Halen drawings that mock its creator Japanese race-car drivers who only speak Howard Cosell and a psychotic paperboy seeking blood over a missing $2. Cusack puts the whole thing on his shoulders and carries the insanity with another one of his touching obsessively romantic performances which along with Say Anything The Sure Thing and One Crazy Summer made him the quintessential (and appealing) personification of lovestruck adolescence and suffering.