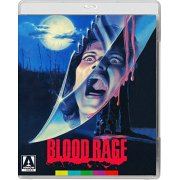 What do you get if you combine Thanksgiving, American TV star Louise Lasser (Mary Hartman), killer 80s synths and some of the most gruesome special effects in all of slasher history courtesy of Ed (Terminator 2) French. Why, it’s Blood Rage of course!

Todd and Terry seem like sweet kids – that is, until one of them takes an axe to face of a fellow patron at the local drive-in. Todd is blamed for the bloody crime and institutionalised, whilst twin brother Terry goes free. Ten years later and, as the family gathers around the table for a Thanksgiving meal, the news comes in that Todd has escaped – and he’s heading their way. But has the killer twin in fact been in their midst all along? One thing’s for sure, there WILL be blood…

Filmed in 1983 at the tail-end of the slasher golden era but not released until 1987, Blood Rage (also re-cut and released to theatres as Nightmare at Shadow Woods) has been lovingly restored from the original vault materials for its first ever appearance on Blu-ray and DVD. Happy Thankskilling! 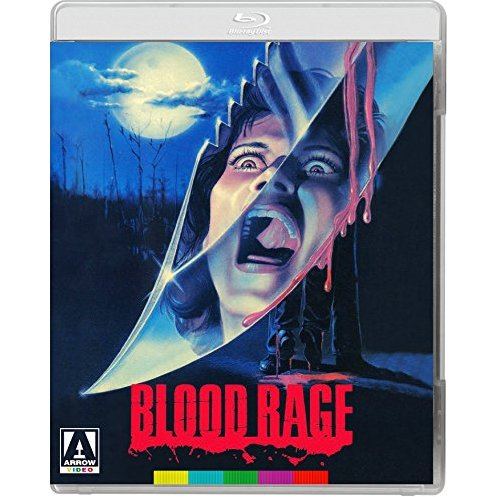