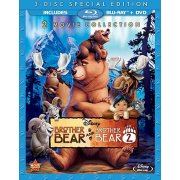 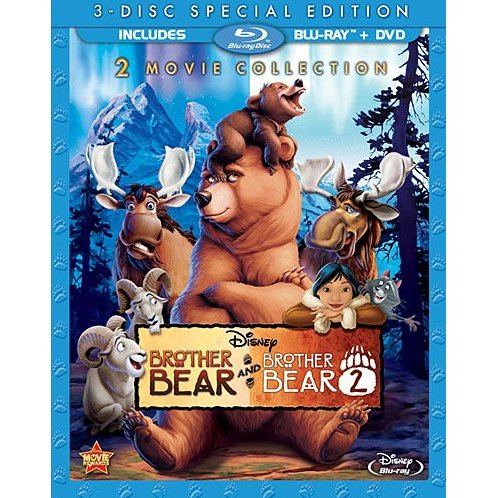 Disney proudly presents two heartwarming and hilarious movies in one incredible collection – Brother Bear, the 2003 Academy Award nominee for best animated feature, and Brother Bear 2 – together for the first time on Blu-ray. Bring home an entire forest full of fun, complete with digitally restored high definition picture and sound. After an impulsive boy named Kenai is magically transformed into a bear, he and his little brother bear, Koda, take a courageous (and often hilarious) journey to see the Northern Lights. Experience the excitement of these two fantastic films like never before on Disney Blu-ray!