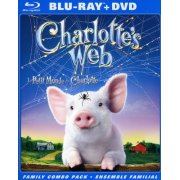 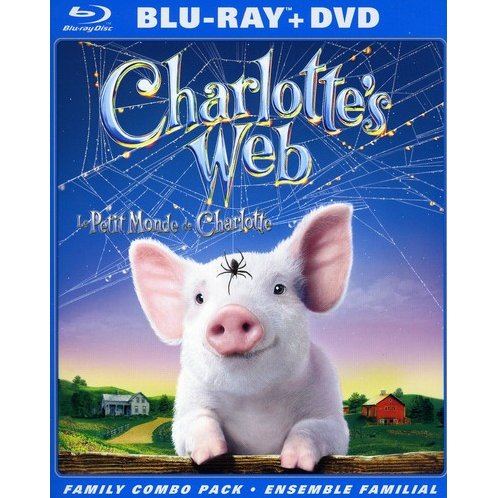 E.B. White's classic children's story comes to the screen in this live-action adaptation with an all-star voice cast. Fern Arable (Dakota Fanning) is a young girl growing up on her family's farm. When a sow gives birth to some piglets, Fern's father (Kevin Anderson) intends to do away with the runt of litter, but Fern has become attached to the little pig and persuades her father to let him live. The pig, named Wilbur (voice of Dominic Scott Kay), becomes Fern's pet, but when he grows larger, he's put in the care of Homer Zuckerman (Gary Basaraba), a farmer down the road. Fern is still able to visit Wilbur regularly, and it soon occurs to both of them that pigs tend to have a limited life expectancy on a farm, and that unless something unusual happens, Wilbur will eventually becomes someone's dinner. Charlotte, a friendly spider, hatches a plan to make Wilbur seem special enough to save by weaving messages about the "terrific" pig into her web, and she soon persuades her barnyard friends to join in her plan. Charlotte is voiced by Julia Roberts, while the other actors who provide the voices of the animals on Zuckerman's farm include Robert Redford, John Cleese, Oprah Winfrey, Steve Buscemi, Kathy Bates, Cedric the Entertainer. Thomas Haden Church, and Andr Benjamin.