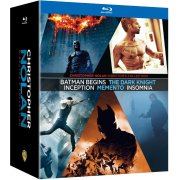 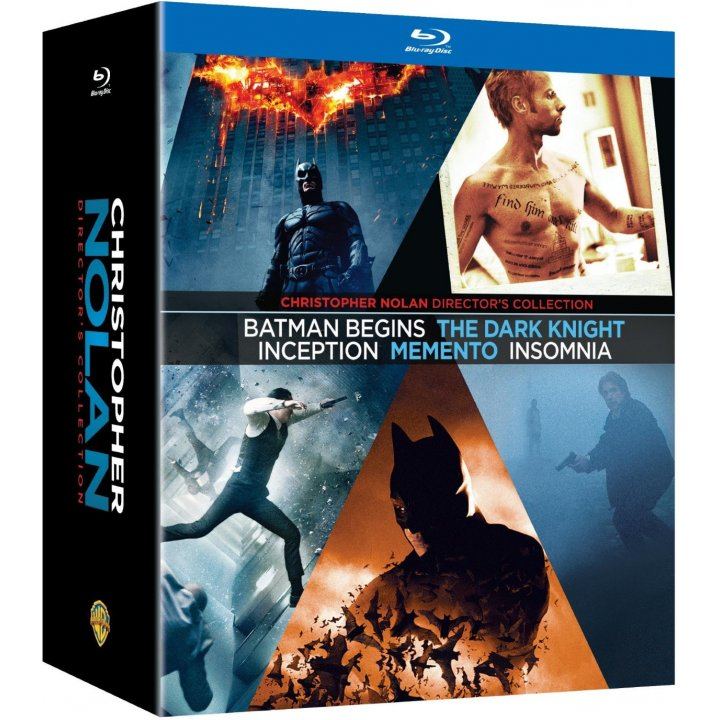 Batman Begins
Batman Begins explores the origins of the Batman legend and the Dark Knight's emergence as a force for good in Gotham. In the wake of his parents' murder, disillusioned industrial heir Bruce Wayne (Christian Bale) travels the world seeking the means to fight injustice and turn fear against those who prey on the fearful. He returns to Gotham and unveils his alter-ego: Batman, a masked crusader who uses his strength, intellect and an array of high tech deceptions to fight the sinister forces that threaten the city.

The Dark Knight
The Dark Knight reunites Christian Bale with director Christopher Nolan and takes Batman across the world in his quest to fight a growing criminal threat known as The Joker .

Inception
Acclaimed filmmaker Christopher Nolan directs an international cast in this sci-fi actioner that travels around the globe and into the world of dreams. Dom Cobb (Leonardo DiCaprio) is the best there is at extraction: stealing valuable secrets inside the subconscious during the mind's vulnerable dream state. His skill has made him a coveted player in industrial espionage but also has made him a fugitive and cost him dearly. Now he may get a second chance if he can do the impossible: inception, planting an idea rather than stealing one. If they succeed, Cobb and his team could pull off the perfect crime. But no planning or expertise can prepare them for a dangerous enemy that seems to predict their every move. An enemy only Cobb could have seen coming.

Memento
A landmark film from acclaimed director Christopher Nolan (Inception, The Dark Knight, The Prestige, Batman Begins, Insomnia), Memento is a mind-bending thriller whose mesmerizing power grows with every viewing. Guy Pearce stars as Leonard, a man with a bizarre disorder: the inability to form new memories. Ever since that fateful night when his wife was murdered, anyone Leonard has met, or anything he has done, simply vanishes from his mind. Who are his friends? Who are his enemies? What is the truth? The answers change from second to second as Leonard seeks vengeance for his wife's murder – and sinks into an abyss of uncertainty and danger.

Insomnia
Crime never sleeps. Neither does Will Dormer (Al Pacino), a veteran LAPD homicide detective sent north to Alaska to head a murder case. There his investigation is disrupted by an ever-shining Midnight Sun that wreaks sleep-depriving havoc on his body clock and brings Dormer's shady, guilt-plagued past into the light of day.