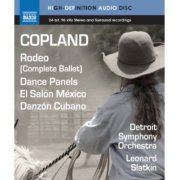 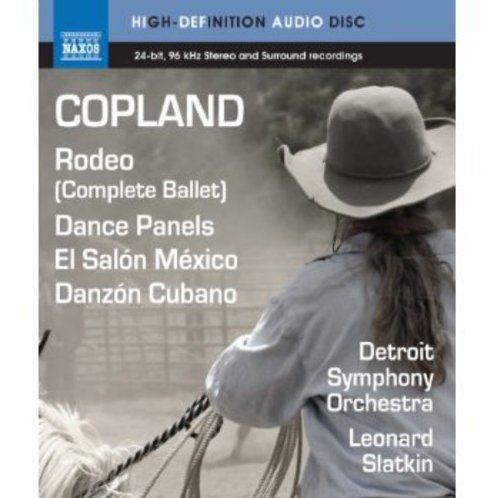 While Copland's hugely successful celebration of the American West, Rodeo, has become an American classic, Dance Panelsis barely known despite working beautifully as a concert work. Based on popular Mexican melodies, the glittering, even exotic El Salon Mexicois one of Copland's most frequently performed works. Of his rhythmically complex Danzon Cubano, inspired by a visit to a dance hall in Cuba, in which there were two orchestras playing at both ends, the composer himself wrote: 'I did not attempt to reproduce an authentic Cuban sound but felt free to add my own touches of displaced accents and unexpected silent beats.' GRAMMY-« Award-winning conductor Leonard Slatkin's recording of Copland's Lincoln Portrait (Naxos CD 8.559373-74) received 'the kind of performance that brought tears to my eyes' (Audiophile Audition).