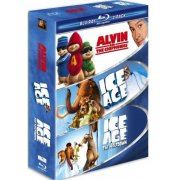 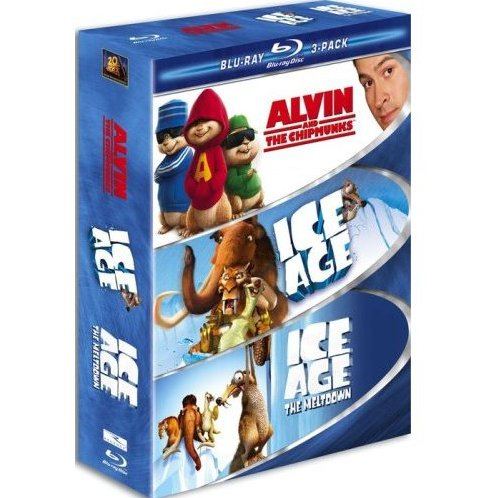 Alvin and the Chipmunks
Struggling songwriter Dave Seville (Jason Lee) opens his home to a talented trio of chipmunks named Alvin, Simon and Theodore, they become overnight music sensations. But when a greedy record producer (David Cross) tries to exploit the "boys", Dave must use a little human ingenuity and a lot of 'munk mischief to get his furry family back before it's too late!

Ice Age
They came. .. they thawed… they conquered the hearts of audiences everywhere in the coolest animated adventure of all time! Heading south to avoid the bad case of global frostbite, a group of migrating misfit creatures embark on a hilarious quest to reunite a human baby with his tribe. Featuring an all-star voice cast, including Ray Romano, John Leguizamo and Denis Leary, ICE AGE is "a pure delight" (New York Daily News) for all ages!

Ice Age 2 – The Meltdown
Your favorite sub-zero heroes are back for another incredible adventure in the super-cool animated comedy Ice Age the Meltdown! The action heats up – and so does the temperature – for Manny, Sid, Diego and Scrat. Trying to escape the valley to avoid a flood of trouble, the comical creatures embark on a hilarious journey across the thawing landscape and meet Ellie, a female woolly mammoth who melts Manny's heart. With its dazzling animation, unforgettable characters and an all-new Scrat short, Ice Age: The Meltdown is laugh-out-loud fun for the whole family!