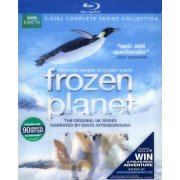 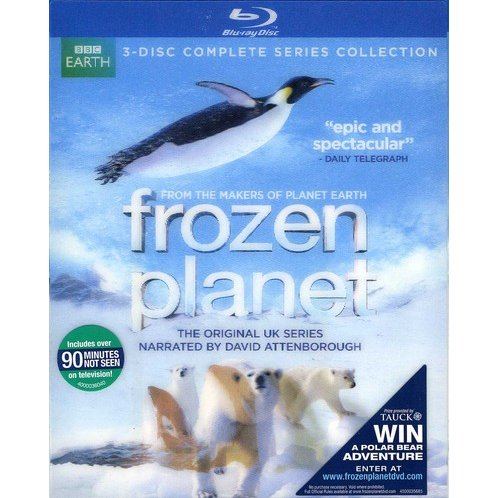 From BBC Earth and Alastair Fothergill, Executive Producer of Planet Earth and The Blue Planet: Seas of Life, Frozen Planet is the epic tale of two disappearing wildernesses. The Arctic and Antarctic remain the greatest wildernesses on Earth. The scale and beauty of the scenery and the sheer power of the elements – the weather, the rough ocean and the ice – is unmatched anywhere else on our planet. Many of the most spectacular landscapes, charismatic animals and their behavior have never been recorded before. Filmed with the same breathtaking camera techniques as Planet Earth and Life, Frozen Planet tells the compelling story of animals such as the wandering albatross, the adelie penguin and the polar bear, and paints a portrait that will take your breath away, at a moment when, melting fast, the frozen regions of our planet may soon be changed forever.