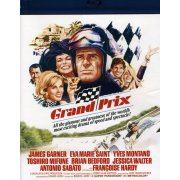 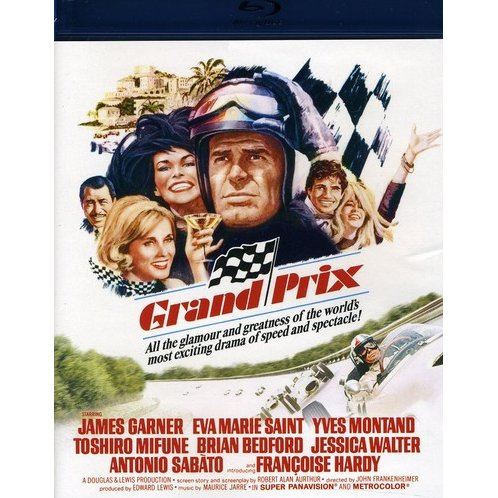 Nine races. One champion. James Garner, Yves Montand, Brian Bedford and Antonio Sabato portray Formula I drivers competing to be the best in this slam-you-into-the-driver's seat tale of speed, spectacle and intertwined personal lives. Eva Marie Saint and Toshiro Mifune also star. John Frankenheimer (who 32 years later would again stomp the pedal to the metal for the car chases of Ronin) directs this winner of 3 Academy Awards, crafting split-screen images to capture the overlapping drama and orchestrating you-are-there POV camerawork to intensify the hard-driving thrills. Nearly 30 top drivers take part in the excitement, so buckle up, movie fans. Race with the best to the head of the pack. This blu ray edition also includes: Pushing The Limit, The Making of Grand Prix -40th Anniversary making of documentary, Flat Out: Formula One in the sixties featurette, The Style and Speed of Sound, a look at the style of Saul Bass and the film's sound design. Brands Harch: Behind The Checkered Flag, A behind the scenes tour of the famous raceway used in the movie. Grand Prix: Challenge of Champions, an archival 1960's featurette behind-the-scenes at the Grand Prix. And the theatrical trailer.