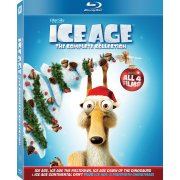 Ice Age:
They came… they thawed… they conquered the hearts of audiences everywhere in the coolest animated adventure of all time! Heading south to avoid a bad case of global frostbite, a group of migrating misfit creatures embark on a hilarious quest to reunite a human baby with his tribe.

Ice Age: The Meltdown:
Your favorite sub-zero heroes are back for another incredible adventure in the super-cool animated comedy Ice Age the Meltdown! The action heats up – and so does the temperature – for Manny, Sid, Diego and Scrat. Trying to escape the valley to avoid a flood of trouble, the comical creatures embark on a hilarious journey across the thawing landscape and meet Ellie, a female woolly mammoth who melts Manny's heart. With its dazzling animation, unforgettable characters and an all-new Scrat short, Ice Age: The Meltdown is laugh-out-loud fun for the whole family!

Ice Age: Dawn of the Dinosaurs:
This time around, Manny and the herd discover a lost world of ferociously funny dinosaurs, including a cranky T-Rex who’s got a score to settle with Sid. Meanwhile, Scrat goes nuts over the beautiful Scratte, but is she trying to win his heart—or steal his acorn?

Ice Age: Continental Drift:
History’s greatest heroes return for the most outrageously funny and entertaining Ice Age adventure in two million years. When Scrat’s acorn antics cause a cataclysmic crack-up, Manny (Ray Romano), Sid (John Leguizamo) and Diego (Denis Leary) go where no herd has gone before — on a high-seas quest aboard a floating iceberg. But a menagerie of misfit pirates are determined to shiver their timbers and capsize their journey home.

Ice Age: A Mammoth Christmas Special:
When Sid accidentally destroys Manny's heirloom Christmas rock and ends up on Santa's "naughty list," he leads a hilarious quest to the North Pole to make things right and ends up making things much worse. Now it's up to Manny and his prehistoric posse to band together and save Christmas for the entire world! 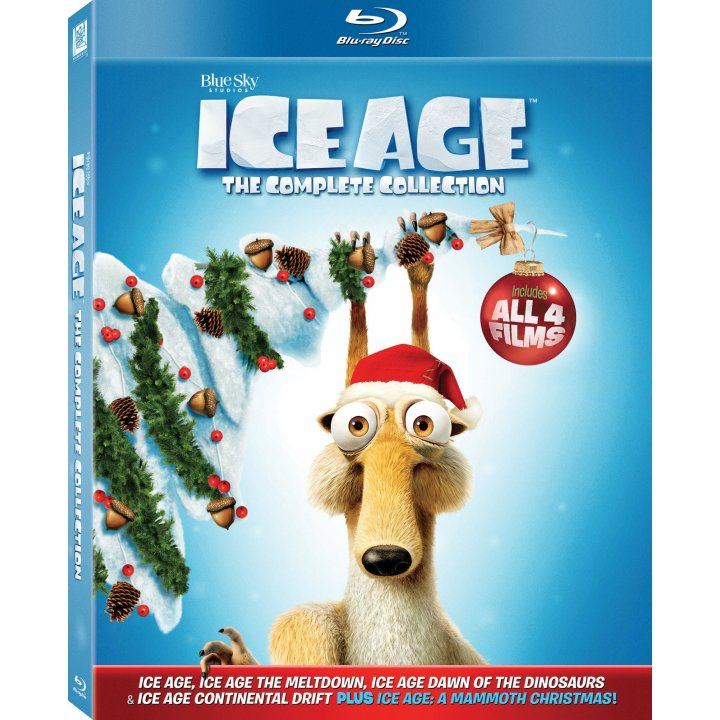