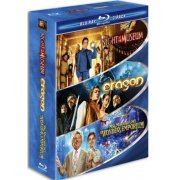 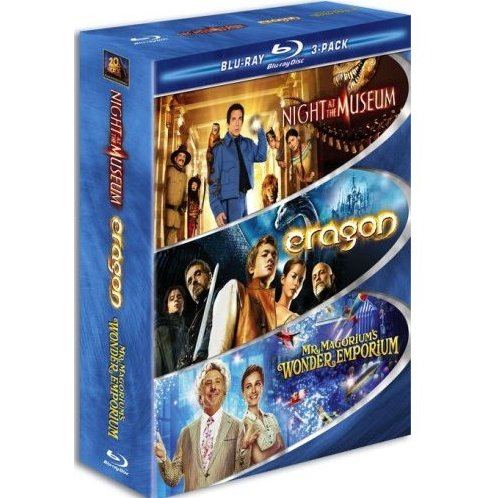 Night at the Museum (2006):
Ben Stiller leads an all-star cast including Robin Williams and Dick Van Dyke in this hilarious blockbuster hit. When good-hearted dreamer Larry Daley (Stiller) is hired as night watchman at the Museum of Natural History, he soon discovers that an ancient curse brings all the exhibits to life after the sun sets. Suddenly, Larry finds himself face-to-face with a frisky T. rex skeleton, tiny armies of Romans and cowboys and a mischievous monkey who taunts him to the breaking point. But with the help of President Teddy Roosevelt (Williams), Larry may just figure out a way to control the chaos and become a hero in his son's eyes. Boasting jaw-dropping special effects and laugh-out-loud moments, Night at the Museum is your ticket to nonstop fun!

Eragon (2006):
In his homeland of Alagaesia, a farm boy happens upon a dragon's egg – a discovery that leads him on a predestined journey where he realized he's the one person who can defend his home against an evil king.

Mr. Magorium's Wonder Emporium (2007):
Mr. Magorium (Dustin Hoffman) owns and runs the most magical store in the universe, where all of the toys for sale are alive. But, when the aging shopkeeper decides to retire and sell the business to his faithful cashier (Natalie Portman), he hires an uptight accountant (Jason Bateman) to get his affairs in order.