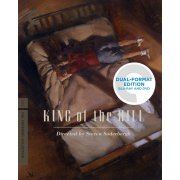 For his first Hollywood studio production, Steven Soderbergh (whose independent debut, sex, lies, and videotape, had won the Palme d'Or at the Cannes Film Festival a few years earlier) crafted this small jewel of a growing-up story. Set in St. Louis during the Depression, King of the Hill follows the daily struggles of a resourceful and imaginative adolescent (Bring It On's Jesse Bradford) who, after his tubercular mother is sent to a sanatorium, must survive on his own in a run-down hotel during his salesman father's long business trips. This evocative period piece, faithfully adapted from the memoir by the novelist A. E. Hotchner, is among the ever versatile Soderbergh's most touching and surprising films, and features a remarkable supporting cast, including Karen Allen (Raiders of the Lost Ark), Adrien Brody (The Pianist), Katherine Heigl (Grey's Anatomy), singer Lauryn Hill, Elizabeth McGovern (Downton Abbey), and Spalding Gray (Gray's Anatomy). DIRECTOR-APPROVED DUAL-FORMAT BLU-RAY AND DVD SPECIAL EDITION FEATURES • New high-definition digital transfer, supervised and approved by director Steven Soderbergh and supervising sound editor and rerecording mixer Larry Blake, with 5.1 surround DTS-HD Master Audio soundtrack on the Blu-ray • New interviews with Soderbergh and A. E. Hotchner, author of the memoir on which the film is based • Against Tyranny, a new video essay by ::kogonada in which he explores Soderbergh's unique approach to character subjectivity • The Underneath (1995), Soderbergh's follow-up feature to King of the Hill, with an interview with the director • Trailers • One Blu-ray and two DVDs, with all content available in both formats • PLUS: A booklet featuring an essay by critic Peter Tonguette, a 1993 interview with Soderbergh, and an excerpt from Hotchner's 1972 memoir 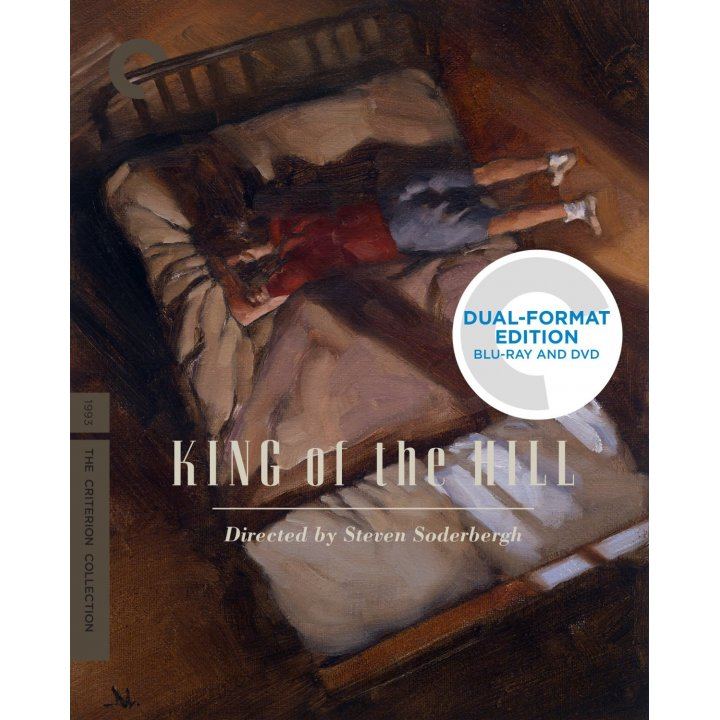