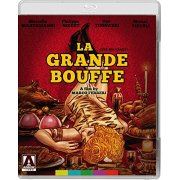 The most famous film by Italian provocateur Marco Ferreri (Dillinger is Dead), La Grande bouffe was reviled on release for its perversity, decadence and attack on the bourgeoisie yet won the prestigious FIPRESCI prize after its controversial screening at the Cannes Film Festival.

Four friends, played by international superstars Marcello Mastroianni (Fellini’s 8½), Michel Piccoli (Belle de jour), Ugo Tognazzi (Barbarella) and Philippe Noiret (Zazie dans le métro) retreat to a country mansion where they determine to eat themselves to death whilst engaging in group sex with prostitutes and a local school teacher (Andréa Ferréol, The Tin Drum), who seems to be up for anything…

At once jovial and sinister, the film’s jet-black humour has a further twist as the reputed actors (whose characters use their own names) buck their respectable trend for a descent into fart-filled chaos that delivers a feast for the eyes and mind. 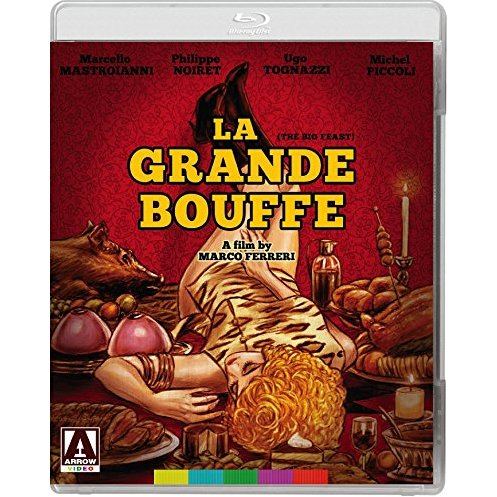