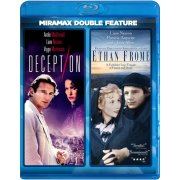 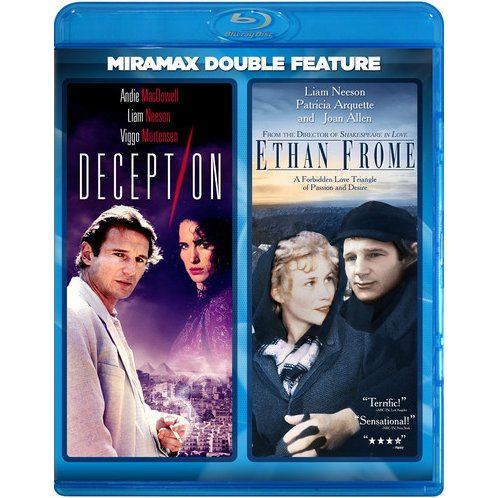 Deception (1993)
A young man running an aircraft salvage company is reported dead after his plane crashes in Mexico. But when his wife flies south to identify the body, she realizes he's still alive and sets off on a trek through various countries to find him. She eventually tracks him down by using an old set of his favorite baseball cards — which reveal where he's stashed over $800,000 in banks around the world.

Ethan Frome (1992)
When Reverend Smith, the new clergyman for the town of Starkfield, Massachusetts, arrives he quickly becomes intrigued with a mysterious couple, Ethan and Zeena Frome. And soon he learns their tragic tale… a tale of passion, adultery, and cruel fate.

Based on Edith Wharton's 1911 novel detailing a forbidden love triangle, Ethan Frome (Liam Neeson) is torn between his joyless marriage to Zenobia (Joan Allen, Oscar nominated for NIXON and THE CRUCIBLE) and his longing for cousin and housekeeper Mattie Silver (Patricia Arquette). The film, by director John Madden would later direct the multi-Oscar winning SHAKESPEARE IN LOVE, features a rare screen appearance by Katherine Houghton (GUESS WHO'S COMING TO DINNER).