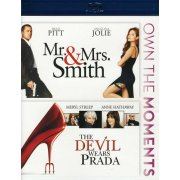 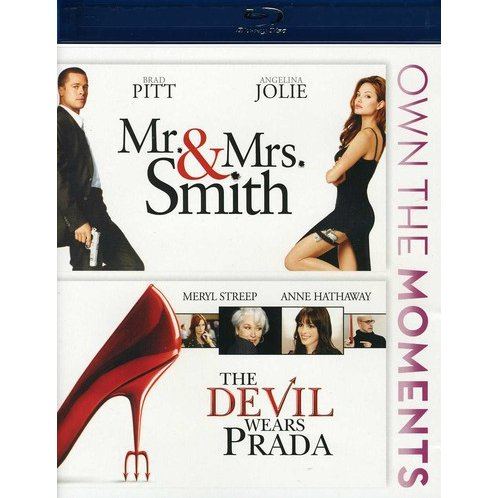 Many married couples have secrets, but one pair of lovebirds discover they've both been living dangerous secret lives in this action thriller laced with comedy. Angelina Jolie and Brad Pitt and play Jane Smith and John Smith, a suburban couple whose marriage has started to go a bit stale after five or six years. Both wish for more excitement in their relationship, but as it happens, each of them is finding plenty of thrills elsewhere. Both Jane and John are world-class assassins who will take on perilous missions for the right price, but neither is aware of the other's secret life – Jane thinks her husband runs a successful construction company, and John believes his wife works on Wall Street. However, when John and Jane are both assigned to take out the same target, one Benjamin Danz (Adam Brody), they become aware of each other's secret lives, and suddenly both their careers and their marriage go through some dramatic and potentially deadly changes. Mr. and Mrs. Smith also stars Vince Vaughn as an assassin with John's company who still lives with his mother and Kerry Washington as one of Jane's associates.

Devil Wears Prada
As assistant to impossibly demanding New York fashion magazine editor Miranda Priestly (Streep), young Andy Sachs (Hathaway) has landed a job that "a million girls would die for." Unfortunately, her heaven-sent appointment as Miranda's personal whipping girl just might be the death of her!