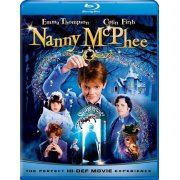 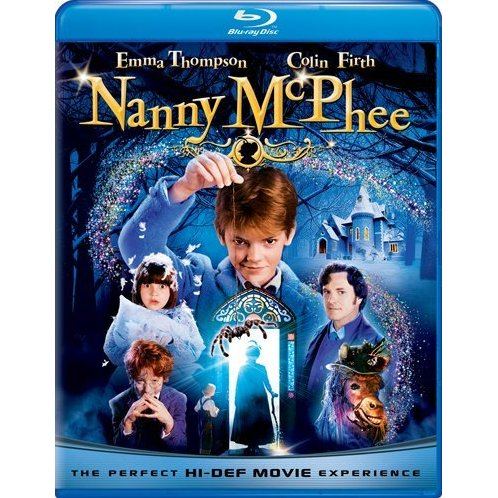 Directed by Kirk Jones (WAKING NED DEVINE) with a screenplay by star Emma Thompson, this film is based on the Nurse Matilda series by Christianne Grant. Widower Cedric Brown (Colin Firth) is at his wits' end. His seven children have just scared off their 17th nanny since their mother passed away and seem to have exhausted all local resources. Then, as if by magic, Nanny McPhee (Emma Thompson) appears out of the blue, literally warts and all. This governess has a different approach to minding Mr. Brown's wild brood; each tap of her walking stick seems to work magic and impart a much-needed lesson. Although the children are determined to chase her away, they soon discover how much they really need her.

But the Brown family has another problem. Stern Great Aunt Adelaide (Angela Lansbury), the late Mrs. Brown's aunt, has been supporting the family and has issued an ultimatum to Cedric: he must marry by month's end or she will cut off all financial support. Cedric is reluctant to marry just anyone, and his options appear to be limited to the garish widow Selma Quickly (Celia Imrie). Will he marry to keep his family intact, or have his children learned enough to help him find love again? Firth and an understated Thompson are in fine form, and Lansbury, Imrie, Derek Jacobi, and Peter Barlow are a delight in their supporting roles, as are the children. The costumes and set are infused with vivid colors that lend a larger-than-life, fanciful feel to the film, adding to the magic.