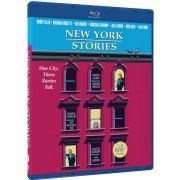 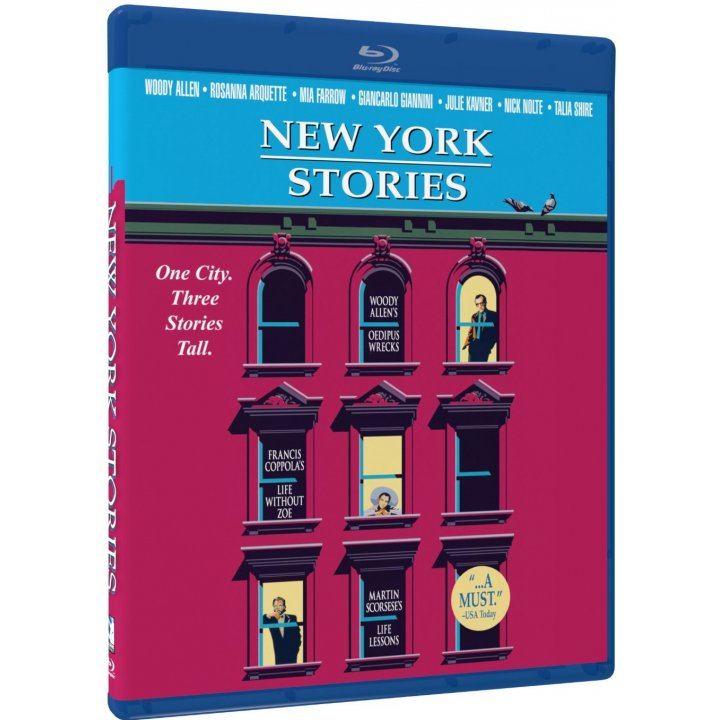 Get ready for a wildly diverse, star-studded trilogy about life in the big city. New York Stories features the creative collaboration of three of America's most popular directors, Martin Scorsese (Hugo), Francis Coppola (The Godfather) and Woody Allen (Midnight In Paris). Life Lessons – Nick Nolte stars in this passionate tale of a world-famous painter torn between his obsession for his art and his infatuation with his sultry but unresponsive assistant (Rosanna Arquette). Directed by Martin Scorsese. Life Without Zoe – Talia Shire and Giancarlo Giannini star in this whimsical fantasy as the childlike parents of Zoe, a very grown-up 12-year-old girl who brings charm and magic to life in New York. Directed by Francis Coppola. Oedipus Wrecks – Woody Allen directs and stars in this hilarious comedy as a neurotic lawyer who cannot escape the one woman who looms largest in his life – his mother (Mae Questal)! Mia Farrow and Julie Kavner star as the "other women" who further complicate his situation.