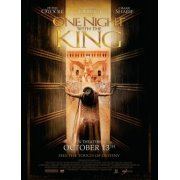 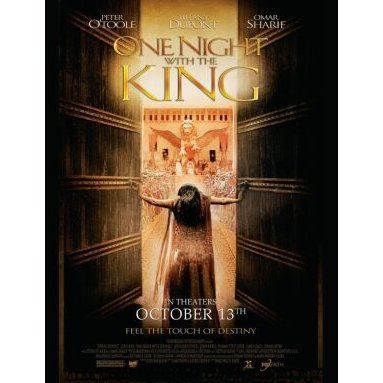 With lush cinematography, a mesmerizing score, and an all-star cast that includes Peter O'Toole, Omar Sharif and John Rhys-Davies, One Night With The King is a sweeping epic about Hadassah, the young Jewish orphan who becomes the biblical Esther, Queen of Persia. Born into poverty, Hadassah (Tiffany DuPont) grows up to become a beauty who catches the eye of the powerful King Xerxes – and ultimately becomes his bride. But despite her position, Hadassah's life is in danger, as the state has decreed that all Jews will be put to death. Defying warnings to remain silent, however, Hadassah struggles to save her people, even as she attempts to hide her heritage, in this exciting and inspiring story about courage, faith and destiny.