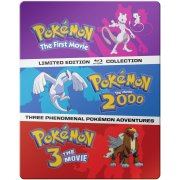 The First Movie
Giovanni, the leader of Team Rocket, had ambitious plans to take over the world, involving his latest experiment, a powerful clone of Mew-Mewtwo. Mewtwo is very powerful, and also very smart-smart enough to not want to be controlled by Giovanni. It escaped from the lab, and now Mewtwo begins to concoct it's own scheme, clandestinely inviting a number of Pokemon Trainers to the ultimate test. Of course, if it's an event for talented Trainers, Ash Ketchum will be right in the front row!

Pokémon: The Movie 2000
Ash and his friends are on their journey through the Orange Islands-but even this seemingly quiet chain of islands dotted throughout the waters far south of Kanto has it's own mysteries, adventures, and Legendary Pokemon! Lawrence III certainly knows it, which is why he's now traveling to the different islands and capturing the three Legendary birds-Moltres, Articuno, and Zapdos. But even with all their power, those three are merely a stepping stone to an even greater prize: Lugia, the guardian of the sea!

Pokémon 3: The Movie
Little Molly Hale has always led a lonely life-but things only get worse for her when the long-lost Unown cause her father to mysteriously vanish one day. But things start to seem brighter when the power of the starts to change the world around her into a fantasy land. She soon lives in a crystal palace, and has the Legendary Entei as a dad! There's only one thing missing from the equation-a mother. So Molly ends up claiming someone else's mom for her very own: Delia Ketchum, Ash's mom! 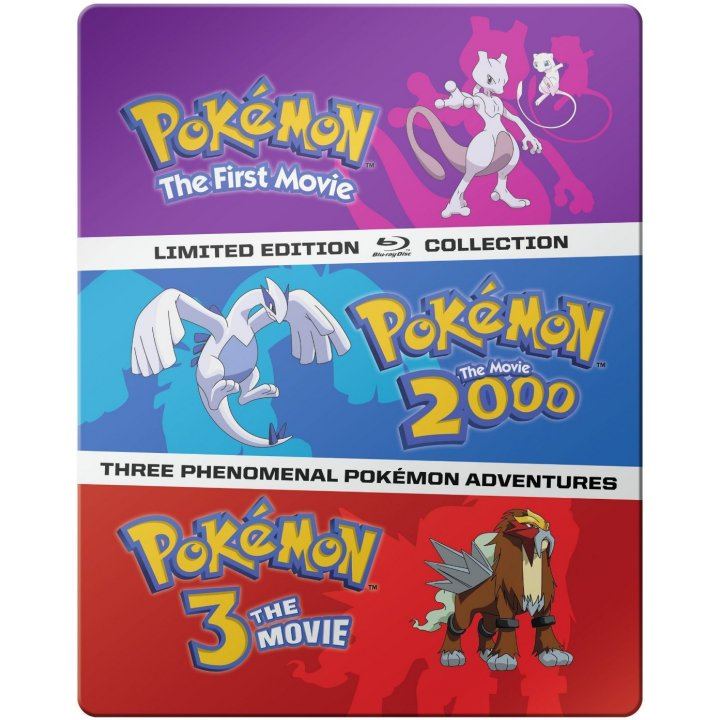