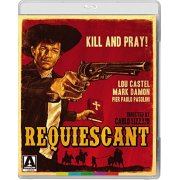 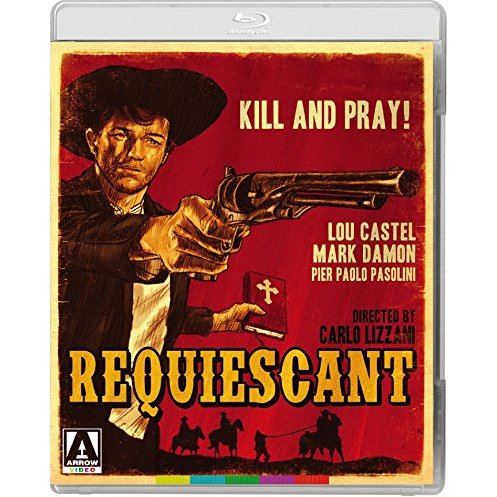 Directed by Carlo Lizzani (Wake Up and Kill, The Hills Run Red) and with a superb soundtrack by Riz Ortolani (Day of Anger, Cannibal Holocaust), Requiescant – Latin for ‘Rest in Peace’ – ranks among the finest Spaghetti Westerns. Alex Cox named it the “one film to prove that the Italian Western was not solely Sergio Leone’s”.

Lou Castel (Fists in the Pocket, A Bullet for General) plays a young man who was raised to be a pacifist by a travelling preacher after Confederates massacred his family. But when his step-sister runs away, the pursuit reveals a natural talent as a sharp-shooter as well as a bloody and unexpected confrontation with his past.

Joining Castel are an impressive array of performers, including Mark Damon (Black Sabbath, The Fall of the House of Usher) as the sadistic aristocratic villain, Franco Citti (Accattone, The Godfather) as his henchman, and the great Italian filmmaker Pier Paolo Pasolini (Salò) in a rare acting role as a revolutionary priest.