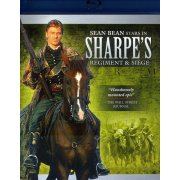 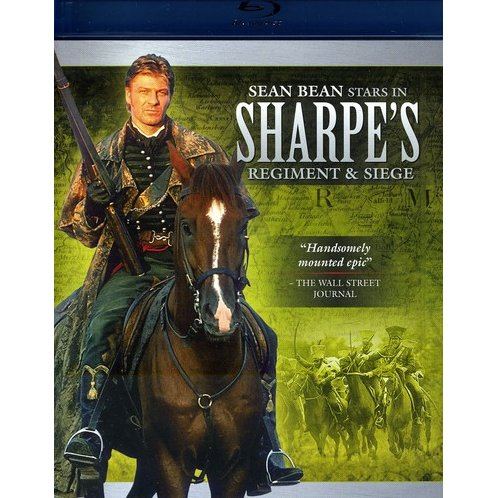 Acclaimed actor Sean Bean (The Lord of the Rings, National Treasure) stars in this action-packed series set in the midst of the desperate missions and battles of the Napoleonic Wars. Adapted from Bernard Cornwell's bestselling novels, Bean portrays maverick British officer Richard Sharpe who rises through the ranks of Wellington's army by his own daring deeds and ambition. Fast-moving, hard-hitting adventure, Sharpe brings to the screen all the danger, romance and sheer spectacle of one of the bloodiest periods in English warfare. Sharpe's Regiment – In a race against time to expose corruption in the highest ranks of the British army, Sharpe and Harper fake their own deaths and re-enlist in the South Essex as raw recruits. With Nicholas Farrell (Amazing Grace) as Lord Fenner. Sharpe's Siege – Newlywed Sharpe must leave his seriously ill wife to capture and hold a French castle, while Wellington forces a passage through Napoleon's flank. With Féodor Atkine (Alexander) as Ducos.