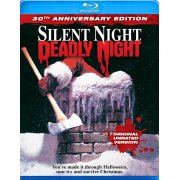 Protesters tried to stop it. Community leaders tried to suppress it.  The P.T.A. fought to ban it. Critics tried to bury it. Now one of the most controversial slasher films of all time is back! Restored from original vault materials, chock full of gratuitous nudity and grisly violence, then stuffed with jolly extras for the absolute ultimate in Season’s Bleedings!

Silent Night, Deadly Night is the heartwarming story of little Billy Chapman who was traumatized by his parents’ Christmas Eve rape and murder, then brutalized by sadistic orphanage nuns. But when a grown-up Billy is forced to dress as jolly St. Nick, he goes on a yuletide rampage to ‘punish the naughty.’ Santa Claus is coming to town…and this time he’s got an axe! Robert Brian Wilson and Linnea Quigley star in this jawdropping horror hit that a nation of angry mothers still cannot stop! 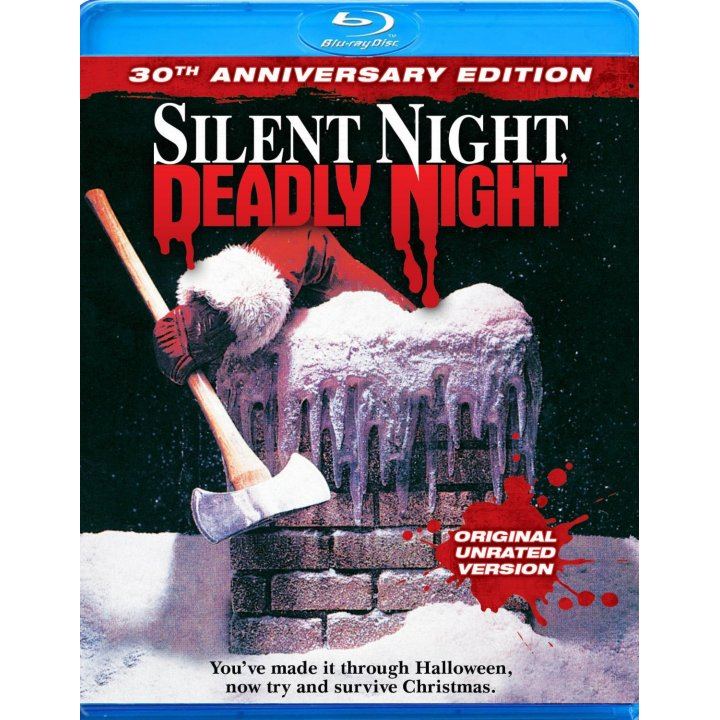