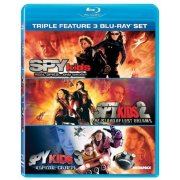 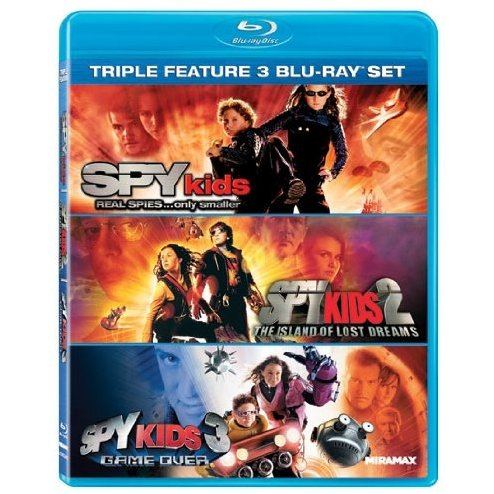 Spy Kids 2 : Island of Lost Dreams (2002)
The spy kids are back in this highly inventive sequel to the original smash hit. Once again, cinematic multi-tasker Robert Rodriguez (SPY KIDS 2's director, writer, producer, director of photography, editor, and composer) brings his high-octane, technicolor brand of antics and special effects to the screen. This time the kids are a little older and a lot more experienced as they fight to save the world and secure their reputation as the best in town. After proving themselves as top-notch spies like their parents (Antonio Banderas and Carla Gugino) in the original SPY KIDS, Carmen and Juni Cortez (Alexa Vega and Daryl Sabara) are now at the top of the new OSS kids division. That is, until they meet a new sibling spy team, Gary and Gerti Giggles (Matthew O'Leary and Emily Osment), and their position is threatened. In a race to save the world, the rival spies travel to the Island of Lost Dreams, a world that resembles the Bermuda Triangle, which is populated by fantastical genetically altered creatures, brought to life by the resident mad scientist, Romero (Steve Buscemi). However, on the mysterious island none of the kids' high-tech James Bond-inspired gadgets work, so they must rely on their own cunning and family smarts to save the world. Viewers of all ages will enjoy this delightful sequel full of tongue-in-cheek humor, wacky creatures of all shapes and sizes, and nonstop action.

Spy Kids 3: All the Time in the World (2011)
A retired spy-turned-full-time homemaker attempts to stop a power-mad supervillain from taking over the planet, and gets some unexpected help from her disagreeable twin step-children in this fourth entry of writer/director Robert Rodriguez's family-friendly adventure series. It's been a long time since former OSS agent Marissa Cortez Wilson (Jessica Alba) went chasing bad guys. These days it's hard enough just to get her precocious stepkids, Rebecca (Rowan Blanchard) and Cecil (Mason Cook), to clean their rooms, and make sure her baby daughter has a full sippy cup. And despite the fact that Marissa's husband, Wilbur (Joel McHale), earns his income chasing spies on TV, he hasn't a clue that his mild-mannered wife was once a cloak-and-dagger woman. Now the nefarious Timekeeper (Jeremy Piven) has hatched a plot for world domination, prompting the OSS to summon Marissa back to active duty. When Rebecca and Cecil discover their stepmother's tightly guarded secret, they realize they might be the only hope for getting her out of a tight jam and foiling the Timekeeper's evil plan. Fortunately Carmen (Alexa Vega) and Juni Cortez (Daryl Sabara) are more than willing to teach Rebecca and Cecil the tricks of the trade, and in no time the two bickering ten-year-olds are wielding hi-tech gadgets and heading out on their first assignment.