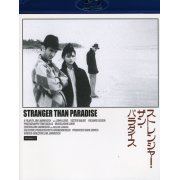 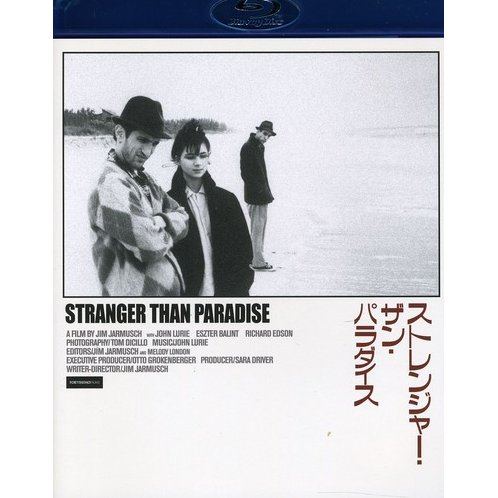 One of the most deadpan comedies ever committed to film, Stranger than Paradise suggests a Buster Keaton film written by Samuel Beckett and Jack Kerouac and directed by Andy Warhol. Willie is a small-time gambler whose distant cousin Eva is moving to America from Eastern Europe and informs him that she'll need to stay with him for ten days. Willie isn't happy to have Eva around, but after Willie introduces her to the joys of American cigarettes and TV dinners, Eva steals a frozen meal and a pack of smokes from the corner store, and Willie is both surprised and impressed. His buddy Eddie happens by, and they hang out with Eva just long enough to develop a fondness for her before she moves on to Ohio, where she'll live with her Aunt Lottie. Months later, Willie and Eddie score $600 in a poker game and decide to visit Eva in Ohio. The three eventually head down to the tacky paradise of Miami, where Willie and Eddie try their luck with the ponies and Eva decides what to do next. Stranger than Paradise is a film that defines the notion, 'It's not what you say, but how you say it.'