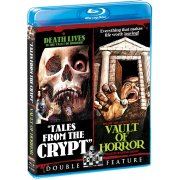 Tales From The Crypt
When five unwary travelers with dark hearts stumble into a series of catacombs, they find themselves in a cavern with no way out. But the horror’s only just begun as a mysterious figure appears to reveal to each person the shocking events that will lead to their well-deserved, untimely – and unavoidable – demise. Starring Joan Collins (Empire Of The Ants), Peter Cushing (Horror Of Dracula), Patrick Magee (A Clockwork Orange) and Sir Ralph Richardson (Rollerball), and directed by Freddie Francis (The Creeping Flesh), Tales From The Crypt is the original, gets-right-under-your-skin creepfest!

Vault Of Horror
Available uncut for the first time on home video! Five unsuspecting hotel guests step into an elevator, which leads them into an underground vault. Trapped with no way out, each guest shares a gruesome tale of an encounter with death. But as the stories unfold, the men begin to suspect that their presence in the vault is no coincidence, and that the only way out…is death. Starring Tom Baker (Doctor Who), Denholm Elliott (Raiders Of The Lost Ark), Curt Jurgens (The Mephisto Waltz) and Michael Craig (Mysterious Island), this ferociously entertaining film is a worthy sequel to Tales From The Crypt! Includes unrated and theatrical versions. 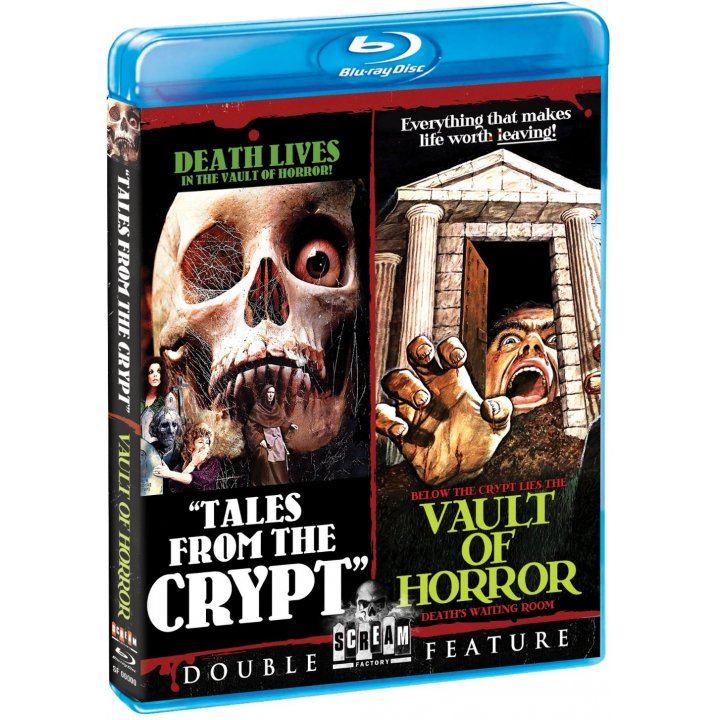