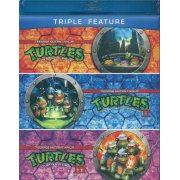 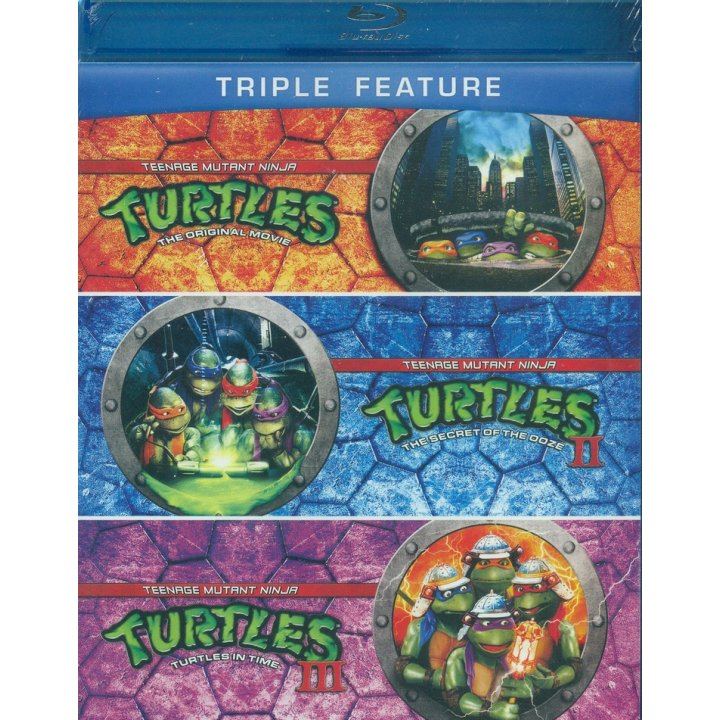 A TOTALLY GNARLY COLLECTION FOR DUDES AND DUDETTES.

Teenage Mutant Ninja Turtles Teenage Mutant Ninja Turtles is the live-action adaptation of the cult comic book and popular animated TV show. After exposure to radiation, four teenage turtles – Michaelangelo, Raphael, Leonardo and Donatello – have mutated into ninjas and live in the sewers of a large city. Under the guidance of ninja master Splinter the Rat and television reporter April, the turtles embark on a mission to run crime out of the city and battle the warlord Shredder.

Teenage Mutant Ninja Turtles II: The Secret of the Ooze The evil Shredder believes he's found what gives the turtles their power and proceeds to create dangerous mutants. Armed with Professor Perry's anti-mutant antidote, it's up to the crime fighting turtles and a pizza delivery boy to conquer these mutants.

Teenage Mutant Ninja Turtles III: Turtles in Time Everybody's favorite giant turtles travel through time and space to feudal Japan to rescue their plucky sidekick April, when a golden sword accidentally causes her to switch places with a rebellious samurai.