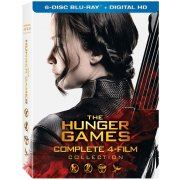 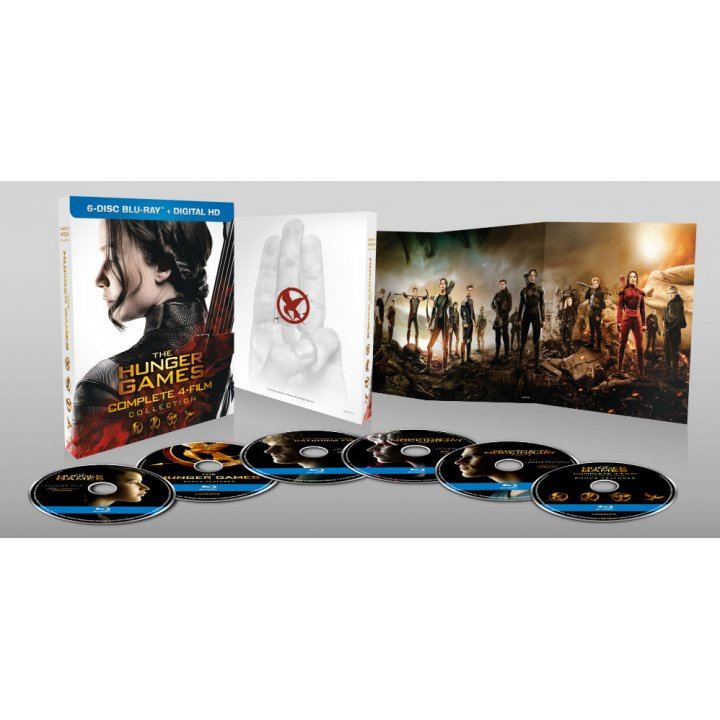 The Hunger Games complete 4-film collection. Katniss Everdeen, girl on fire, has survived. She awakens from the cruel and haunting Quarter Quell deep inside the bunkered catacombs of District 13. Separated from some of her closest allies and fearing for their safety in the Capitol, Katniss finally agrees to be the Mockingjay, the symbolic leader of the rebellion. Still uncertain as to whom she can trust, Katniss must help 13 rise from the shadows, all the while knowing that President Snow has focused his hatred into a personal vendetta against her-and her loved ones.

The Hunger Games Blu-Ray Box Set features the following extras for every collector and fan of the series:

– a 7.1 DTS soundtrack, with the last two films sporting even a Dolby Atmos audio track.

– movie one: an additional disc with several featurettes and a two-hour documentary.

– movie three: a two-hour making of documentary, a tribute to Philip Seymour Hoffman, a director's commentary and
nine deleted scenes.

– movie four: a 150 minutes making of documentary, four other featurettes, no deleted scenes.