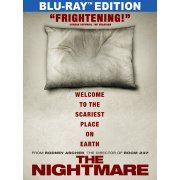 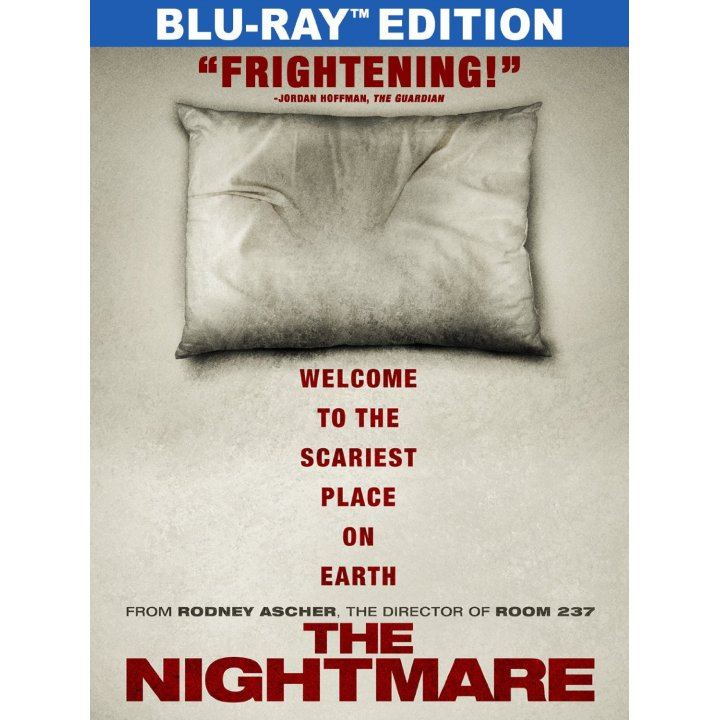 The Nightmare – From Rodney Ascher, the director of ROOM 237, comes a documentary-horror film exploring the phenomenon of Sleep Paralysis through the eyes of eight very different people. These people (and a surprisingly large number of others) often find themselves trapped between the sleeping and waking worlds, totally unable to move but aware of their surroundings while being subject to frequently disturbing sights and sounds. A strange element to these visions is that despite the fact that they know nothing of one another (and had never heard of sleep paralysis before it happened to them), many see similar ghostly shadow men. This is one of many reasons many people insist this is more than just a sleep disorder. THE NIGHTMARE digs deep into not only the particulars of these eight peoples uncanny experiences (through elaborate, sometimes surreal dramatizations), but it also explores their search to understand what they've gone through and how it's changed their lives. Blu-ray includes three terrifying deleted scenes and the theatrical trailer.