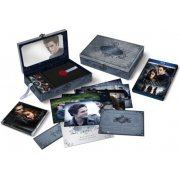 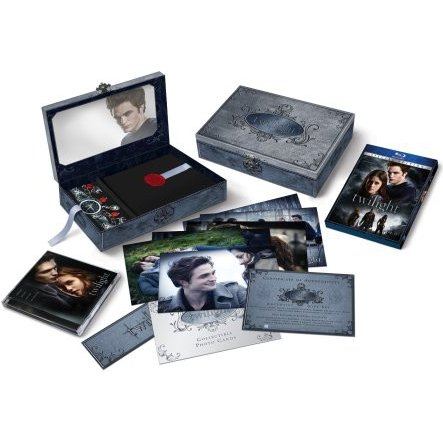 When Bella Swan (Kristen Stewart) reluctantly moved to the perpetually overcast town of Forks, WA, and set out to carve a niche for herself, she assumed it would be one similar to the low-profile social position she held back in Phoenix. First on the list of surprises was the unfamiliar attention from the male population of her new high school; second, the attention from one male in particular: Edward Cullen, Vampire (Robert Pattinson). Before long, the unlikely soul mates find themselves in a passionate relationship with a variety of significant setbacks, including Edward's special-needs diet (he doesn't eat humans, but Bella's scent inspires a nearly impossible to harness bloodlust) and the human girl's mortality. Though things proceed relatively smoothly at first (Edward even introduces Bella to his adoptive vampire family), a visiting vampire clan consisting of James (Cam Gigandet), Victoria (Rachelle Lefevre), and Laurent (Edi Gathegi) catches Bella's unique scent and threatens the young couple's budding, if dangerous, happiness. James, known for his powerful tracking ability, becomes obsessed with making Bella his next victim. Fearing for Bella's safety and that of her loved ones, the Cullens must combine their collective talents in order to stop the highly predatory James before his goal is accomplished.