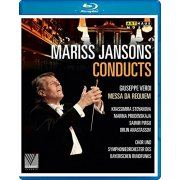 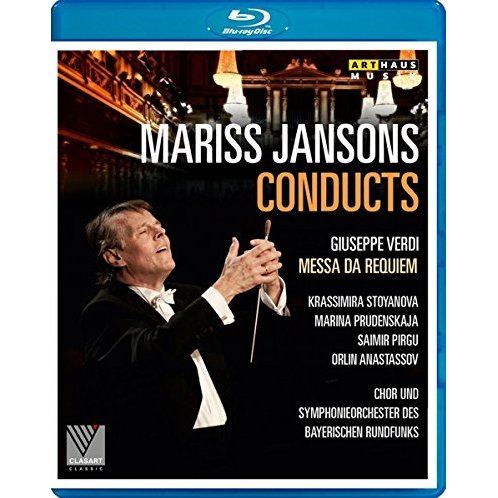 The death of Alessandro Manzoni, whom Verdi almost religiously worshipped, in 1873 deeply affected Verdi, who was then already being admired as Italy’s greatest living composer and who was just going through a creative crisis. The Messa da Requiem is without a doubt a deeply personal composition by Verdi which expresses the innermost fears of the composer in being confronted with his own mortality. At the same time it is also a very “public” work through which the poet of the Italian people as well as the whole Italian spirit was meant to be honoured in a musical language which embodied the great tradition of Italian music and Italian culture whose disappearance Verdi felt that he was witnessing. In the documentary and rehearsal Claudio Abbado, internationally acclaimed as one of the finest conductors of the day, is seen working on Giuseppe Verdi´s Requiem. Recorded in the Church of San Marco in Milan, the venue of the world premiere of the Requiem, this documentary gives a fascinating insight into Abbado´s rehearsal methods, featuring orchestra and chorus of La Scala Milan, Montserrat Caballé and others. The film shows rehearsals for this grandiose musical creation taking place in three different locations: at the Chiesa di San Marco in Milan with some or all of the soloists, choir and orchestra; on the main stage at Teatro alla Scala with the orchestra on its own; and, thirdly, in one of the rehearsal rooms of the opera house, in some cases with different singers who were involved in a second performance. The result is an opportunity to directly compare the performances of two sopranos and two tenors. The soloists are Montserrat Caballé and Cecilia Gasdia (sopranos), Lucia Valentini Terrani (mezzo-soprano), Peter Dvorsky and Chris Merritt (tenors) and Samuel Ramey (bass), accompanied by the choir and orchestra of the Teatro alla Scala, Milan, and conducted by their director at the time, Claudio Abbado.