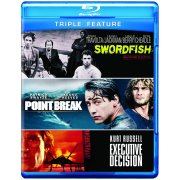 Executive Decision A 747 travelling from Athens to Washington DC is hijaked by a group of terrorists. They claim it's to force the government to release their leader, but covert intelligence man David Grant doesn't believe it. He tries to persuade the authorities to keep the plane out of US airspace while a rescue mission is put together. This mission involves the use of a high tech plane specifically designed for mid-air crew transfers. With Grant, they make it aboard the 747 only to find that they must overpower the terrorists and disable a bomb with enough nerve gas to knock out all of Washington DC below.

Point Break Kathryn Bigelow's fourth action film follows FBI agent Johnny Utah (Keanu Reeves) as he goes undercover to infiltrate a cache of Southern California surfers suspected of robbing banks. Utah, a former football player, is assigned to Los Angeles. There, four bank robbers, who wear rubber masks and call themselves "Ex-Presidents," have executed a series of successful robberies which embarrassingly have the FBI stumped. Utah, and his partner Pappas (Gary Busey) suspect that the robbers are surfers and hatch a plan for catching them.

Swordfish When the DEA shut down its dummy corporation operation codenamed SWORDFISH in 1986, they had generated $400 million which they let sit around; fifteen years of compound interest has swelled it to $9.5 billion. A covert counter-terrorist unit called Black Cell, headed by the duplicitious and suave Gabriel Shear, wants the money to help finance their raise-the-stakes vengeance war against international terrorism, but it's all locked away behind super-encryption. He brings in convicted hacker Stanley Jobson, who only wants to see his daughter Holly again but can't afford the legal fees, to slice into the government mainframes and get the money. 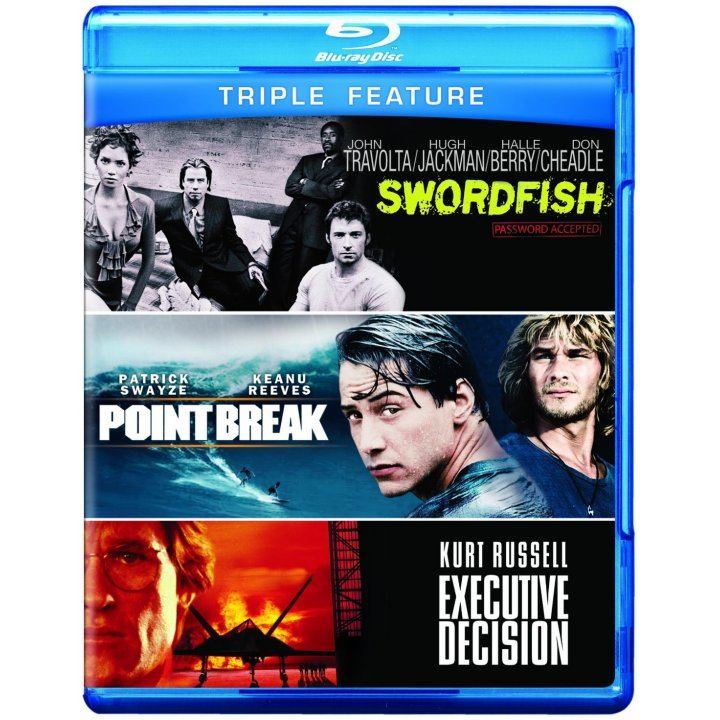