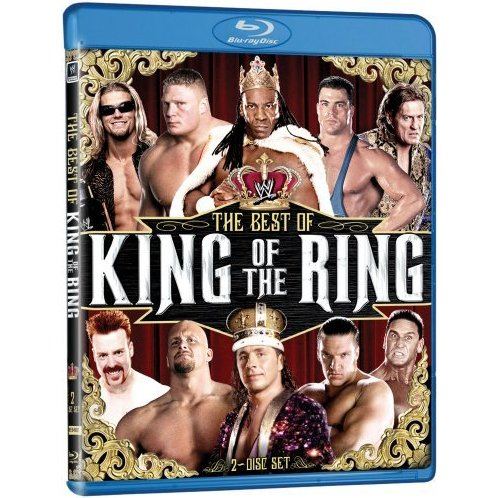 For more than 20 years, the King of the Ring has been a favorite tradition of the WWE Universe, a tournament to crown wrestling royalty. Past kings have included Randy Savage, Bret "Hit Man" Hart, Stone Cold Steve Austin, Triple H, Edge, and Brock Lesnar. But the King of the Ring's popularity goes beyond the storied tournament. For 10 years, King of the Ring was a wildly popular PPV event that produced a number of unforgettable moments including the Hell in a Cell match between Undertaker and Mankind, Stone Cold's memorable battle with Mr. McMahon and Shane McMahon for control of the WWE, Austin's debut of his revolutionary "Austin 3:16" catchphrase, the first-ever match between Hulk Hogan and Kurt Angle, as well as matches for the WWE Championship. Now all those moments and more are collected in The Best of the King of the Ring, a 3-DVD set packed with more than 8 hours of amazing matches, interviews, moments, and more.